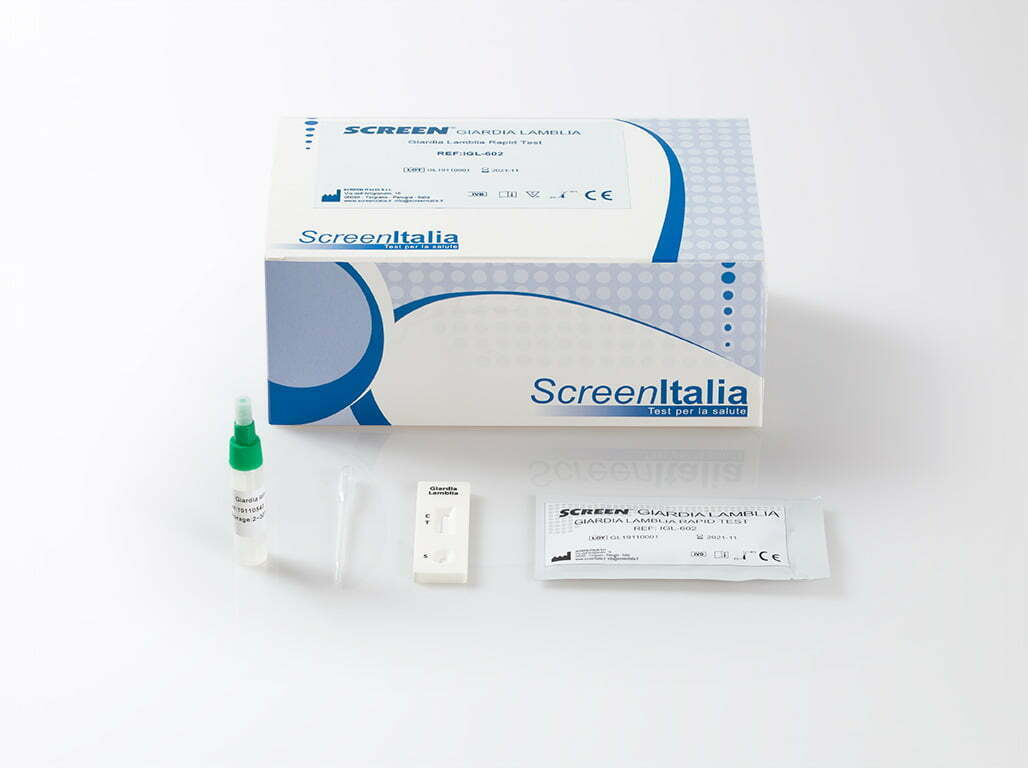 The Giardia Lamblia Rapid Test Cassette (Feces) is a rapid chromatographic immunoassay for the qualitative detection of Giardia Lamblia antigen in human feces specimen. Parasitic infections remain a very serious health problem worldwide. Giardia Lamblia is the most common protozoa known to be responsible for one of the main causes of severe diarrhea in humans, particularly in immunocompromized people. Giardia Lamblia, also known as Giardia intestinalis, is a flagellated parasite that colonizes and reproduces in the small intestine, causing giardiasis. The parasite attaches to the epithelium by a ventral adhesive disc, and reproduces via binary fission.